Review- The Sweet Scent of Blood


Goodreads Synopsis:
Genevieve Taylor is a sidhe - one of the noble fae - and she's unusual even in a London where celebrity vampires, eccentric goblins and scheming lesser fae mix freely with humanity...

Genny is a rising star at Spellcrackers.com, where she finds the "M" in magic - which can mean anything from mischief to malice to murder. The spellcrackers are run by the Witch Council, whose ancient tenets prohibit any contact with vampires. And that's just fine with Genny, who wants as little to do with the bloodsuckers as possible.

But when a sinfully sexy vamp is accused of killing his lover, an old debt forces Genny to help prove his innocence, risking her job, her safety - and the exposure of her own dark secrets. Genny soon realizes that she and her client are both unwitting pawns in a centuries-old power struggle. And it's not just her own neck at stake but the lives of all of London's supernatural beings


My Review:
When I finished the last page of The Sweet Scent of Blood I sat there for a few minutes staring at the back cover, still sifting through everything that just happened. Wow!  You know how sometimes there are movies you just have to give your undivided attention to; no bathroom brakes or popcorn refills?  This is the book counterpoint to that kind of story-telling. Suzanne McLeod brings new meaning to the phrase "a smart read."


Genevieve Taylor, our heroine, is cut from a different cloth.  And when you read as much UF as I do, I fully appreciated the originality of her character. Genny is a sidhe, a court fae to be exact, but she has anomalies {which I can't tell you} that set her further apart from your run of the mill fae.  Even though Genny is one-of-a-kind, a special creature among millions in London, that doesn't mean she's perfect. Actually, she can't perform spells used to train toddlers.  I enjoyed looking inside a character that could do wrong for a change.  There are still parts of Gen that are a complete mystery, and I suspect that over the course of the series the holes will fill.  I will admit that I'm normally one of those readers that likes things rather buttoned up at the end, nice and tidy, but the way in which McLeod teases you with information has me intrigued not frustrated.


Actually all the characters introduced throughout the book are creative and well planned.  Though admittedly, in the beginning I was a bit confused about all the character's relation to the story and consequently their relationship to our protag.  Now, everything became straight in my head quickly enough, but when there are several rich characters demanding my attention I need a lot of reinforcement as to their possible purpose to the plot and I didn't get that here as much as I'm use to.

The world McLeod has created is so inventive I'd suspect we have a long running series in the makings; I can't imagine ever becoming bored with this new version of London.  She's created so many new rules and believable truths that I wonder if McLeod actually resides in a fantasy version England where she can borrow from her everyday. Her plot is constant, and original, and slightly frustrating. {in a delicious sort of way...yes I'm using the word delicious}  Much the way Sherlock Holmes keeps going and going and you're merely along for the ride, Mcleod {through Genny's POV} dangles the answers in front of you but keeps them just out of reach.  It kept an exciting game of "what if" playing the entire story.

Bottom Line: I know that saying "A Whole New World" is a little Disney, but Mcleod's  London is original, her characters are refreshing, and the plot is imaginative...so call me princess Jasmine. 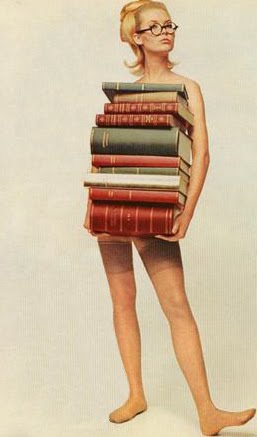